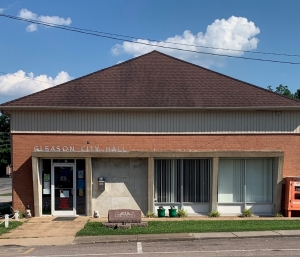 The Tennessee Comptroller’s Office has completed an investigation resulting in a six-count indictment against former Gleason City Recorder Angela Hunt. Investigators revealed she misappropriated at least $12,127.53 from the Town of Gleason and the Weakley County Municipal Electric System (WCMES).

The investigation began after town officials identified and reported questionable activity in utility accounts to the Comptroller’s Office.

Investigators determined that Hunt stole $8,101.80 from the town and WCMES by failing to deposit money and not recording some cash payments that she received from customers.

Furthermore, Hunt improperly received a total of $4,025.73 in water, sewer, and garbage services by not paying her personal utility bill in a timely manner. Hunt’s personal utility account carried a past due balance for 55 of the 68 months analyzed. The town’s policy states that customers who have not paid their bill by the 3rd of each month should have their service cutoff on the 11th of each month.

Hunt had access to the town’s utility accounting software and the authority to remove names from the service cutoff list. This allowed her to remove her name from the monthly cutoff list and conceal that she was not paying her personal utility bill.

After officials discovered Hunt’s past due account in March 2019, she made three payments totaling $537 to pay her balance in full.

Angela Hunt voluntarily resigned her employment with the town on December 28, 2020. In September 2021, the Weakley County Grand Jury indicted Angela McElhiney Hunt on two counts of theft over $2,500, one count of theft of services, and three counts of official misconduct.

The investigation further revealed that the Town of Gleason paid employees at least $15,444 in questionable annual leave compensation. This occurred because town employees were allowed to accrue leave balances in excess of the town’s policy.

“Our investigation discovered a number of oversight and policy weaknesses within the Town of Gleason,” said Comptroller Jason Mumpower. “A few of these deficiencies include: policies were not followed; bank statements were not reconciled; money was not deposited within three days of collection; time sheet records did not match with payroll records; and the town’s credit card policy is inadequate.”