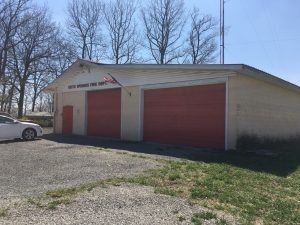 An investigation by the Tennessee Comptroller’s Office has resulted in the indictment of Jamie Stephens, the former fire chief for the Keith Springs Volunteer Fire Department in Franklin County.

Investigators determined that Stephens stole at least $20,293 from the fire department by making personal purchases.

Stephens withdrew thousands of dollars in cash from the fire department checking and savings accounts. He also used the department’s debit card to purchase items such as televisions, food, gasoline, groceries, tires for his personal van, and a vacation rental in Panama City Beach.

The theft also included $853 in fuel that was purchased on the fire department’s fuel account. Investigators reviewed the purchase dates and determined Stephens was not performing fire department duties, and he did not provide proper documentation to support the purchases.

In December 2017, the fire department’s board of commissioners met with Stephens about his use of the bank funds and fuel and placed him on probation. However, while on probation, Stephens continued to use the bank and fuel accounts for personal use.

On March 3, 2018, the board of commissioners elected a new fire chief. In January 2019, Jamie Stephens was indicted by the Franklin County Grand Jury on one count of theft over $10,000.

“It is vital that volunteer fire departments monitor financial transactions,” said Comptroller Justin P. Wilson. “In this case, the treasurer told our investigators that she didn’t have time to review monthly bank statements. Had this occurred, the theft may have been discovered much earlier.”

To view the investigation, go to: https://comptroller.tn.gov/office-functions/investigations/find.html