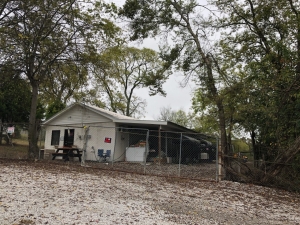 An investigation by the Tennessee Comptroller’s Office, working in conjunction with the Office of the District Attorney General of the 22nd Judicial District, has resulted in the indictment of John Murray, a former Giles County Rabies Control Officer.

Investigators determined that Murray stole at least $3,780 from Giles County Rabies Control for his personal use. The money was taken from 2015 through 2018. Murray took money that was collected as animal adoption fees and fees charged to dog owners through animal control efforts.

Murray attempted to conceal the theft by discarding carbon copies of cash receipts. Due to the loss and lack of documentation, investigators were unable to definitively determine any additional stolen money.

In December 2019, the Giles County Grand Jury indicted John Murray on one count of theft over $2,500.

“This county employee was given total control of the funds and financial records of the rabies control office,” said Comptroller Justin P. Wilson. “This situation creates an invitation for fraud, waste, and abuse. The county has indicated that it will now provide more oversight, which is absolutely necessary.”