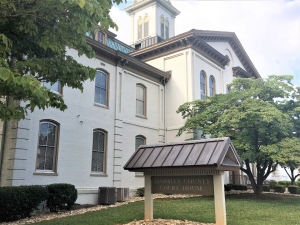 An investigation by the Tennessee Comptroller’s Office, working in conjunction with the Tennessee Bureau of Investigation, has resulted in the indictment of John Baskette, the current trustee of Hamblen County.

Investigators determined that Baskette withheld $89,478.81 in cash that was collected by the trustee’s office between November 5, 2018 and December 8, 2018. Baskette admitted that he hid the undeposited cash in various locations in his office because he feared carrying large amounts of cash alone to the bank for deposit.

The investigation found that Baskette was in debt to several individuals for equipment sales, cattle sales, and personal sales. Many of these individuals stated Baskette requested transactions be done in cash.

It should also be noted that Baskette, who is responsible for collecting property tax payments in Hamblen County, had still not paid the $1,285 that he owed the county for his own 2018 property taxes as of June 30, 2019.

On August 15, 2019, John Baskette was indicted by the Hamblen County Grand Jury. The indictments included 40 counts of failure to deposit public funds, two counts of official misconduct, one count of destruction of government records, one count of theft over $60,000, and one count of worthless check over $1,000.

“County offices have a responsibility to establish and follow rules that ensure taxpayer money is protected,” said Comptroller Justin P. Wilson. “This case underscores the importance of depositing all money received within three days of collection and performing timely and routine bank reconciliations.”