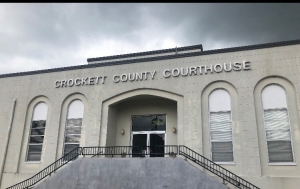 An investigation by the Tennessee Comptroller’s Office has resulted in the indictment of April Hicks, a former bookkeeper in the Crockett County Circuit Court Clerk’s Office.

Investigators determined that Hicks used at least two methods to steal money. She failed to deposit $25,415.84 in money that was collected by the clerk’s office. She also voided receipts in the office’s accounting software totaling an additional $10,118. This made it appear that the money had not been received, when in fact it had been collected.

In January 2020, April Hicks was indicted by the Crockett County Grand Jury on one count of theft over $10,000, five counts of official misconduct, and three counts of destruction of and tampering with governmental records.

“A number of internal control weaknesses within the Circuit Court Clerk’s Office made it possible for this theft to occur,” said Comptroller Justin P. Wilson. “The bookkeeper was given sole responsibility over too many of the office’s financial processes. The office also had issues with bank statement reconciliations, depositing funds within three days of collection, and sharing usernames and passwords.”