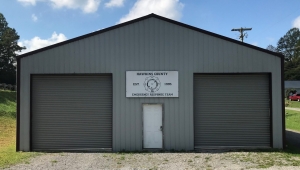 An investigation by the Tennessee Comptroller’s Office has found that Michael William Thacker misappropriated at least $7,076.50 from the Hawkins County Emergency Response Team (HCERT).

The HCERT is a nonprofit corporation that responds to hazardous materials and other emergencies. It is funded by a combination of donations and contributions, primarily from Hawkins County government and individual residents.

Beginning in 2003, Thacker was elected to various HCERT leadership roles including chief and assistant chief. He had unofficially served as HCERT’s treasurer since 2007.

Investigators determined that Thacker stole money between January 2017 and January 2021. The misappropriation included unauthorized ATM cash withdrawals, personal fuel purchases, cash back from purchases, jewelry purchased for a family a member, and a HCERT check transacted by Thacker for his personal benefit. Thacker also signed another person’s name to that check without their knowledge or consent.

Thacker told investigators that he used HCERT funds for his personal benefit due to personal and financial issues. He left the HCERT board in August 2021.

On December 10, Michael William Thacker pled guilty in the Criminal Court of Hawkins County to a criminal information charging him with one count of theft over $2,500, one count of fraudulent use of a debit card, and one count of forgery. As a condition of his sentence, he was also ordered to pay restitution to the HCERT.

“Our investigators also discovered a number of deficiencies within the financial operations of HCERT that allowed theft to go undetected,” said Comptroller Jason Mumpower. “HCERT must do a better job of keeping receipts, establishing controls over fuel purchases, maintaining its accounting records, and reconciling bank accounts. We also found that HCERT did not require two signatures on checks and did not adequately track fundraiser collections. I’m pleased to note that HCERT is taking steps to correct these problems.”

If you suspect fraud, waste, or abuse of public money in Tennessee, call the Comptroller’s toll-free hotline at 800.232.5454, or file a report online at: tncot.cc/fraud. Follow us on twitter @TNCOT and Instagram @tncot