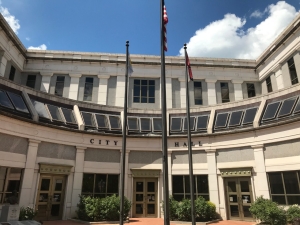 The Tennessee Comptroller’s Office has released a comprehensive investigation that examines numerous transactions between the City of Jackson and its Minor League Baseball team – the Jackson Generals. The investigation also revealed numerous issues involving the city’s solid waste contract with Waste Management, Inc. of Tennessee.

The investigation began after current city officials reported questionable transactions that occurred during the tenure of the former Mayor and his administration. The Office of the District Attorney General of the 26th Judicial District presented this investigation to the Madison County Grand Jury on February 1, 2021. The Grand Jury elected not to take any action.

Investigators determined the Jackson City Council approved an amended lease agreement with the Jackson Baseball Club in June 2011 without any discussion of a significant change in the lease. This change obliged the city, at the club’s request, to reimburse the club for stadium services expenses including field preparation, field maintenance, and pre-stadium event preparation. Neither the former Mayor, former City Recorder, nor City Attorney informed the City Council of this materially significant change in the lease agreement at the time of the council’s approval.

The day after the amended lease agreement was approved, the former Mayor signed a letter on the city’s behalf assuming $500,000 annually to pay the stadium services expenses. The former Mayor did not present the letter to the City Council for its review and approval.

Although the City Council approved the annual budget and corresponding payments to the club through the city’s budgetary process, some of the payments to the club were misclassified to accounts other than the “Jackson Ballpark” specific account. Council Members told investigators they were unaware of the “true financial picture” the city provided to the club over the years due to these and other nontransparent techniques.

Additionally, the former City Recorder approved questionable payments of at least $526,642.59 for goods and services that the club received from venders through trade (bartered type) transactions. Essentially, the club was paid twice: 1) once when the club received a good or service from a vendor during a trade deal; and 2) when the club presented an invoice to the city and received a reimbursement payment. 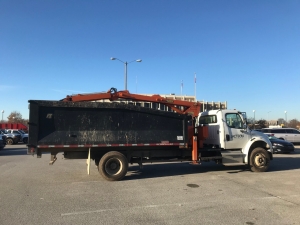 Despite this clear contract language, the city used its own Health and Sanitation Department to provide bulky waste removal service for 82% of the city’s residential units. The city incurred additional costs of more than $5.2 million between August 2016 and October 2019 to provide this service through its Health and Sanitation Department. The city also performed other tasks utilizing city assets and personnel which, by contract terms, should have been performed by Waste Management.

The investigation also revealed several issues and weaknesses that occurred during the preparation of the bid documents, evaluation of bidders, voting process, and finalization of the solid waste contract.