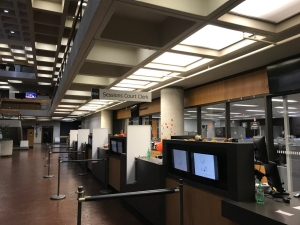 The Tennessee Comptroller’s Office has completed an investigation resulting in the indictment of Steven Harmon, a former deputy clerk within the Knox County General Sessions Court Clerk’s Office.

Comptroller investigators, working in cooperation with the clerk’s office, determined that Harmon stole at least $6,577 between January 11, 2019 and October 22, 2019.

Harmon’s job responsibilities included collecting court costs, fines, and other fees assessed by the General Sessions Court. Investigators determined Harmon stole some of the money that he received.

Harmon’s primary scheme involved voiding cash payments that he received, and then re-receipting the cash payment for a lesser amount. For example, on October 9, 2019 he received $620 cash from a defendant. Harmon then voided that amount in the office’s software system, and re-entered the transaction showing that he had only collected $489 from the defendant. Harmon kept the $131 difference.

Harmon made at least 120 false entries in the office’s accounting records to facilitate or conceal his theft.

Harmon was placed on administrative leave with pay on October 31, 2019 and subsequently placed on leave without pay effective February 1, 2020. His employment was terminated on November 24, 2020.

“Careful review and attention must be given before any transaction is voided,” said Comptroller Jason Mumpower. “While voided transactions can be legitimate, they are sometimes used to conceal misappropriation. In this case, supervisors relied on the deputy clerk’s assurance that each void was necessary to correct an error.”