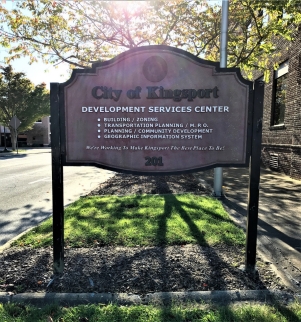 The Tennessee Comptroller’s Office has completed an investigation that has resulted in the indictment of Mark Haga, the City of Kingsport’s former community development program coordinator. The investigation was done in conjunction with the U.S. Department of Housing and Urban Development, Office of Inspector General.

Haga was responsible for coordinating a program to fund home repair projects for Kingsport residents with low and moderate incomes. These projects were primarily funded through an annual Community Development Block Grant (CDBG) from the federal government.

Investigators determined that Haga had a conflict of interest when he awarded contracts to his brother-in-law’s construction company to perform home repair projects totaling $731,940 between March 2008 and January 2020.  Haga’s brother-in-law was awarded contracts for 105 projects during that time. All of the city’s payments to Haga’s brother-in-law were for $15,000 or less which allowed Haga to solely select a contractor without thorough review, formal quotes, or sealed bids by the city’s procurement department.

These conflicts of interest exist as defined under both Tennessee state law and federal guidance issued for the Code of Federal Regulations.

The investigation further revealed that Haga’s executive secretary had a conflict of interest when the city paid for home repairs on both her personal and her daughter’s residences totaling $59,976.18. Furthermore, neither the executive secretary nor her daughter owned their homes when they received the majority of the repairs. Home ownership is an eligibility requirement for the program. Haga approved most the repairs for these projects without requiring proof of ownership.

“As part of this investigation, it became clear the City of Kingsport needed to improve its oversight and documentation procedures,” said Comptroller Jason Mumpower. “I am pleased to note that city officials indicate they have corrected or intend to correct those deficiencies.”