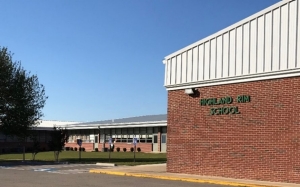 An investigation by the Tennessee Comptroller’s Office has resulted in the indictment of Angela Osborne, the former bookkeeper at the Highland Rim School in Fayetteville, Tennessee. The investigation began after school officials discovered and reported low balances in Highland Rim’s accounts and a general disarray of records in the bookkeeper’s office.

Investigators determined that Osborne stole money and made unauthorized purchases with Highland Rim School funds totaling at least $6,127.34. This includes:

Osborne misused the school’s accounting software to conceal her activity and left the school’s records in disarray. Due to the condition of the records, investigators could not determine that all of Highland Rim School’s funds were property accounted for.

In April 2021, Angela Osborne was indicted on one count of theft over $2,500, and one count of destruction and tampering with governmental records.

“School officials must ensure that checks and balances are built into their financial operations,” said Comptroller Jason Mumpower.  “One person should not be given too much control of the money without adequate oversight.”