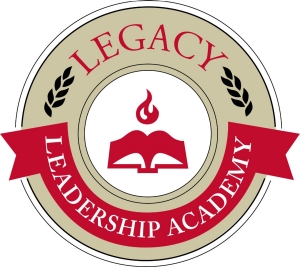 An investigation by the Tennessee Comptroller’s Office has resulted in the indictment of Dr. Tamika Carwell-Richmond, the former Executive Director of the Legacy Leadership Academy charter school in Memphis, Tennessee.

Legacy Leadership Academy served students in grades six through eight, and it was only open for the 2017-2018 school year. The academy ceased operations in August 2018.

Investigators determined that Carwell-Richmond stole at least $4,594.72. Most of this money ($3,313.68) was withdrawn from the academy’s bank account. Comptroller investigators could not verify the cash was used for a purpose related to the academy, and no documentation was provided.

Carwell-Richmond stole the remainder of the money ($1,281.04) after falsifying invoices that she submitted to the Tennessee Department of Education (TDOE) for reimbursement. These invoices were related to furniture the academy was leasing. Carwell-Richmond inflated the amounts on the phony invoices to make it appear the school had paid more for the furniture than it actually did.

Additionally, Carwell-Richmond forged a business owner’s signature on a letter in order to create documentation for a large sign that was purchased by the school. The letter was submitted to TDOE as her proof of payment for the school’s sign.

Carwell-Richmond also admitted to Comptroller investigators that she did not follow grant requirements associated with a $261,000.75 federal grant awarded to the academy to assist with planning, implementation, and start-up costs. The academy still owes TDOE $126,755.33, which served as the pass-through entity for this grant.

“This case highlights the importance of oversight,” said Comptroller Jason Mumpower. “The Board of Directors for the charter school should have established adequate internal controls over the financial processes within the academy. For example, the executive director had sole access to the academy’s bank account for a period of time. This weakness can lead to fraudulent activity.”