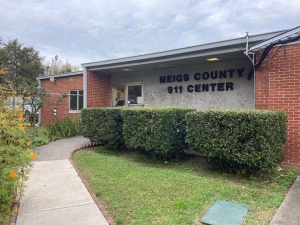 An investigation by the Tennessee Comptroller’s Office has revealed that the former director of the Meigs County Emergency Communications District misappropriated at least $1,084,188.60 between July 2011 and February 2021.

The results of the investigation have been communicated to the Office of the District Attorney General of the 9th Judicial; however, no charges are expected to be filed due to the former director’s death on February 21, 2021.

Comptroller investigators determined the former director misappropriated the vast majority of the district’s money by falsifying invoices from both real and fictitious vendors and then cashing district checks that were written to pay these phony invoices.

The former director also provided falsified budget-to-actual financial reports to the board. The reports omitted expenditures to conceal the former director’s misappropriation and were meant to convince the board that the district’s spending was within budget.

Additionally, investigators discovered the former director received a duplicate travel reimbursement, and used work-assigned assets, such as a work cell phone, for personal use.

“The district’s board must ensure it provides adequate oversight to prevent fraud, waste, and abuse,” said Comptroller Mumpower. “The board allowed the former director to have complete control over the district’s financial documents and bank statements. This allowed the former director to falsify checks on a near-daily basis. The board also failed to correct 13 years of repeated audited findings related to segregation of duties and overspending.”