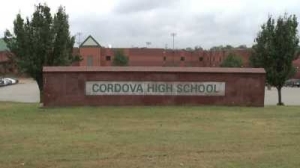 An investigation by the Tennessee Comptroller’s Office has resulted in the indictment of Tarus Anderson, the former president of the Cordova Homerun Booster Club in Shelby County. The booster club’s purpose is to support the Cordova High School baseball team.

The investigation began after school officials reported Anderson’s improper use of booster club funds during her time serving as president from August 1, 2019 through August 1, 2020.

Comptroller investigators determined that Anderson misappropriated at least $6,815 from the club for her own benefit. This includes a $6,000 booster club check written to Anderson as well as two cash withdrawals totaling $815.

Based upon this investigation, in September 2022, the Shelby County Grand Jury indicted Tarus Anderson on count of theft over $2,500.

“Booster clubs are required by state law to ensure the safeguarding of funds and property,” said Comptroller Jason Mumpower. “In this case, several deficiencies existed within the club’s financial practices. Club officials should promptly review and reconcile bank statements, require two signatures on all checks, and maintain adequate supporting documentation for all purchases and cash withdrawals.”