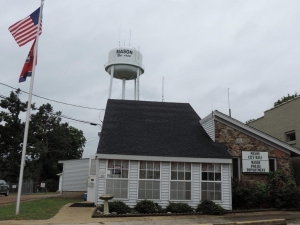 The Tennessee Comptroller’s Office is exercising its authority to supervise the financial affairs of the Town of Mason in an effort to improve the West Tennessee town’s fiscal condition.

For at least 20 years, Mason has been poorly managed regardless of who was leading the town. The town has recently been impacted by the closure of a prison – reducing the population to an estimated 794 people. Comptroller Jason Mumpower believes Mason’s citizens and taxpayers deserve an accountable government that is capable of providing services and improvements to the community.

The decision to enhance supervision of the town’s finances comes after Mason’s Board of Mayor and Aldermen voted not to surrender the town’s charter – a decision that has always been up to the local government. To view financial facts regarding the Town, click here.

The Tennessee Comptroller’s decision is consistent with similar actions taken by the Office in other Tennessee communities. This supervision has achieved positive results, including improved financial integrity and stability.

“The citizens and taxpayers of Mason deserve a financially sound government,” said Comptroller Mumpower. “By closely supervising the town’s finances, we will put Mason on a path toward fiscal responsibility.”

The Comptroller is granted the authority to direct Mason’s financial affairs under Tenn. Code Ann. § 9-21-403(c). Going forward, all expenditures involving taxpayer or ratepayer money must be reviewed and approved by the Comptroller’s Office. The Comptroller will also direct the town to operate on a balanced budget and pay back the estimated $597,905 that Mason currently owes to its Water and Sewer Fund by June 30, 2024.

The Comptroller’s division of Local Government Finance will continue its direct supervision over the town government for as long as it takes for Mason to improve its financial condition and demonstrate that it is capable of managing a balanced budget with strong internal controls.

If you suspect fraud, waste, or abuse of public money in Tennessee, call the Comptroller’s toll-free hotline at 800.232.5454, or file a report online at: www.comptroller.tn.gov/hotline. Follow us on twitter @TNCOT and Instagram @tncot.