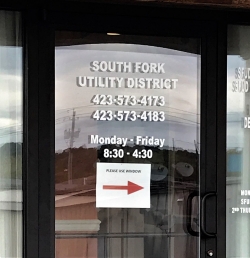 The investigation questions numerous payments to the SFUD district manager and his companies totaling at least $1,672,875, some of which may violate Tennessee’s conflict of interest statute. Tenn. Code Ann § 12-4-101(a)(1).

Some of the questionable payments include money paid to the district manager or his construction company for repair and maintenance services totaling at least $994,181. In some cases, no supporting documentation was found for these services. Invoices also lacked sufficient detail to support the work performed.

Other potential conflicts of interest involved consulting fees; vehicle and equipment purchases; salary and rent payments; and gas station and fuel purchases. Other questionable transactions involved payments for truck purchases and reimbursements to the general manager. Each of these are detailed in the full report.

Comptroller investigators also noted instances in which two utility district commissioners were paid for work that may also have created additional potential conflicts of interest.

The results of the investigation have been communicated with the Office of the District Attorney General of the 2nd Judicial District.

“When our investigation began, these utility districts lacked many of the policies and procedures that are required for sound financial management,” said Comptroller Jason Mumpower. “Some basic fiduciary tasks were also not being performed by the boards, such as reviewing bank and financial statements to ensure questionable transactions did not escape notice.”