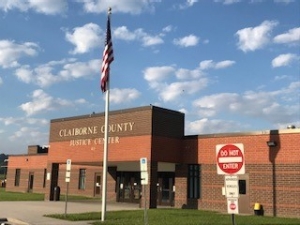 An investigation by the Tennessee Comptroller’s Office has resulted in the indictment of Lesley Chumley, a former bookkeeper in the Claiborne County Circuit Court Clerk’s Office.

Investigators determined that Chumley misappropriated at least $618,404 from the clerk’s office between May 2015 and February 2022.

The clerk’s office is responsible for collecting fines and other court costs assessed by the circuit, general sessions, and juvenile courts in Claiborne County.

Chumley failed to deposit collections that were remitted to her by other office staff. For example, in February 2022, Chumley manipulated bank deposits on at least four separate days, withholding $10,947 in cash for her personal use. Chumley acknowledged to investigators that she had been taking court collections and using the cash due to personal financial problems.

In an effort to conceal her actions, Chumley created false bank statements to make it appear that the bank account balances were higher than they were in reality. The investigation was initiated after auditors from the Comptroller’s division of Local Government Audit identified these discrepancies.

Lesley Chumley voluntarily left the employment of the clerk’s office on April 8, 2022. In June 2022, the Claiborne County Grand Jury indicted Chumley on one count of theft over $250,000, one count of official misconduct, and one count of destruction of and tampering with government records.

“The former bookkeeper was responsible for maintaining accounting records, reconciling bank statements, and preparing deposits,” said Comptroller Jason Mumpower. “These duties should be separated between multiple individuals to reduce the risk of fraud. The clerk’s office must also discontinue its use of a signature stamp to affix the clerk’s signature on checks.”