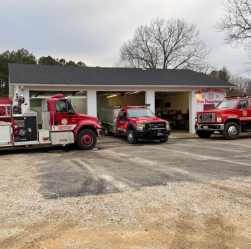 An investigation by the Tennessee Comptroller’s Office has found that a former Leapwood Volunteer Fire Department firefighter made unauthorized ATM cash withdrawals from the department’s bank account totaling $12,087.49.

The unauthorized withdrawals were made at various ATMs between September 1, 2019 and October 31, 2019. In February 2020, the former volunteer firefighter admitted and apologized for his improper actions after he was shown a bank security photo of him making a cash withdrawal. The former firefighter continued to serve with the Leapwood VFD until his death in September 2020.

The results of the investigation have been shared with the District Attorney General for the 25th Judicial District. It should be noted that while the death of the former firefighter prevents his criminal prosecution, his death does not abate any civil cause of action that Leapwood VFD might otherwise have against the estate or personal representative of the former firefighter.

“It’s important that volunteer fire departments provide oversight over their finances,” said Comptroller Jason Mumpower. “In this situation, a simple review and reconciliation of the department’s bank statements might have detected this improper activity sooner.”