Investigation Cites Numerous Issues Within the Town of Lynnville

Lynnville is located in Giles County 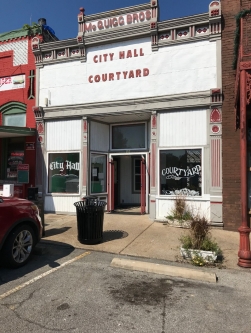 An investigation by the Tennessee Comptroller’s Office reveals several serious issues with how financial operations were conducted within the Town of Lynnville in Giles County. As of 2020, Lynnville had a population of approximately 290 persons. The investigation began after town officials reported concerns about the town’s finances after several employees’ resignations.

Investigators found that town officials failed to ensure the duties of the town recorder were performed from August 2020 to August 2021. The water department manager was not given additional oversight or accounting training to ensure supporting documentation and records related to the town’s finances were properly maintained. As a result, the town’s auditor was not able to provide an opinion on the town’s financial statements for the fiscal year ended June 30, 2021. The town also did not submit a budget to the Comptroller’s Office for fiscal year 2021-2022.

Beginning in August 2020, town officials also failed to require town personnel to keep records of time worked. Although payroll records were inadequate and incomplete, investigators could not conclude that any compensation to town employees was inappropriate.

The Town of Lynnville also maintained a petty cash box to purchase supplies, reimburse employees, and to use as a cash drawer for transactions related to its general and water department funds. The cash box contained informal, handwritten ledgers to account for the use of petty cash; however, there was not a complete accounting of the use of the petty cash since the ledgers were sporadically maintained. Several weeks after the water department manager left town employment, Comptroller investigators conducted a cash count of the petty cash on hand and determined $217.10 was not accounted for. Town personnel could not explain this discrepancy.

The results of this investigation have been communicated to the Office of the District Attorney General of the 22nd Judicial District.

“It is disappointing to see that important financial functions were neglected for a significant period of time with the Lynnville town government,” said Comptroller Jason Mumpower. “It is ultimately up to the mayor and board of aldermen to ensure that state laws and town polices are followed, and that all financial transactions and other accounting functions are properly documented and recorded.”