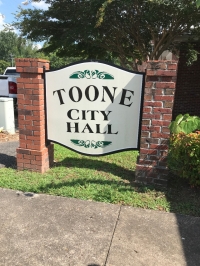 An investigation by the Tennessee Comptroller’s Office reveals several problems within the Town of Toone in Hardeman County.

The investigation centers largely on the handling of town assets by the former police chief, who served from 2001 until his resignation in July 2021. Some of the report’s findings include:

Investigators have also questioned whether the former chief fully complied with the requirements of the Law Enforcement Support Office (LESO) and the Federal Surplus Personal Property Donation Program (FSPPDP) – programs he used to purchase assets on behalf of the town.

Investigators have also raised questions about a bulldozer that the town attempted to sell at public auction. Although the bulldozer sold at auction for a total cost of $50,893.75, the high bidder was unable to pay, and the sale was cancelled. The next month, the bulldozer was solder to the former Hardeman County mayor for a total cost of $35,000. Although the mayor claimed to be the second highest bidder at the initial auction, investigators could not substantiate this information, and therefore question if the bulldozer was sold through proper bidding procedures at the highest possible price.

The results of this investigation were communicated to the Office of the District Attorney General of the 25th Judicial District.

“The Town of Toone’s annual audits have disclosed problems with the town’s handling of LESO and FSPPDP assets since at least fiscal year 2015. The town has failed to correct these issues,” said Comptroller Jason Mumpower. “This investigative report should serve as the final catalyst for the town board to improve its oversight and implement policies that protect taxpayer dollars and resources.”