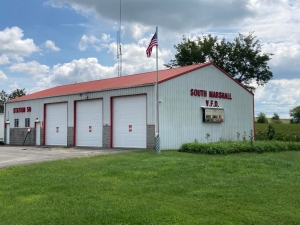 The former treasurer of the South Marshall Volunteer Fire Department in Marshall County stole $48,310.83 from the department and now faces a 95-count indictment.

The Tennessee Comptroller’s Office investigated the actions of Fred Haley, who served as the fire department’s treasurer from October 31, 1991, until he was removed by the board on July 20, 2022.

Investigators determined that Haley stole the money by retaining cash proceeds from department fundraisers for his personal benefit ($2,789), and by writing 90 unauthorized department checks to himself and his personal business, Marshall County Internet Service ($45,521.83).

During their investigation, Comptroller investigators found that Haley forged cosigner’s signatures on at least four checks that were written to Haley and his personal business. In other instances, investigators discovered the former treasurer often requested the second signatory to sign blank fire department checks.

“This case is not unique in that the former treasurer was allowed control over receiving collections and making deposits. He also made disbursements, without anyone else reviewing or reconciling the bank statements,” said Comptroller Mumpower. “Fire department officials must provide proper oversight to reduce the risk of fraud.”